The Science of Habits: Making the good things stick

If you've just signed up for your first Ironman or Ironman 70.3 (or even decided that now is the time to spurn pie and arise from your comfy couch), chances are you're going to need to make some changes to your life. And even if you're a seasoned Triathlon or endurance event veteran, one of the simplest ways to improve your performance is simply to miss fewer workouts. So how do we turn good intentions into lifelong habits? How can we make it normal to get out and train every day?

In this article, we'll look at some of the psychology and science behind creating new habits, and making them stick.

Take brushing your teeth. You probably do it every day (well, I hope you do). You get up, have breakfast, and brush those pearly whites. You don't lie in bed debating whether you can be bothered to brush your teeth that day. It doesn't feel like an effort, or a chore - you just do it. You've done the same thing, day in and day out, year after year - it's unconscious. It's automatic. But it wasn't always this way - ask anyone with a young child how automatic this daily ritual is for their offspring... (actually, don't ask. You risk becoming involved in a discussion about diddums' latest potty efforts).

New Year is our traditional day of new good intentions. I'm not sure why 01 Jan should be any different from 31 Dec, but millions think it is, and start out with a head-full of happy thoughts and fresh plans for a brighter future.

Let me bring a little dark cloud into all the sunshine: Somewhere between 80 and 90% of New Years resolutions will fail. So of every 10 people reading this, only one or two will carry out their objectives. Or, alternatively, of the ten things you plan to do, you'll probably be lucky to get 1 or 2 done.

Let's look at the difference between failed good intentions, and forming lifelong habits. As with most of the information on this website, this is not my own work - just stuff gleaned from various sources and put into practice in my own life.

How to make your life-changing habits stick, in 5 easy steps

(This info could cost you thousands of dollars. But wait, order now and I will send you a free pet dinosaur and a blow up bra)

So how does all of this work in practice? Well, here's an example from my own life.

Some years ago, some bastard conned me into signing up for an ironman. At the time, I could not swim (honestly - I couldn't get from one end of the pool to the other without stopping for breath), and hated running. IM Busselton was the target, and signing up in December made it convenient to start my new life in January...

The New Year's Resolution is obvious, isn't it? Finish an Ironman. But that's a huge goal, and frankly, doing an ironman when you can't run or swim is impossible, so it's a stupid goal, and only an idiot would attempt it. Ahem.

The question was, what behaviour or habit or small change did I need to make to make this crazy thing possible? Exercise two hours a day? Eat ironfood? Buy Lycra? Shun women? Cycle 500km a week? All noble and possibly necessary, but actually the key habit (and it took a long time for me to work this out) I had to develop was, *wake up earlier*.

Because if I left my training to the end of the day, there were a thousand excuses not to do it. It's hot. I'm tired. I had a stressful day. Work is unpredictable - sometimes I don't finish until 7 or 8, and then I have to face an hour or two of pain. I'm hungry, and if I eat now, it'll be an hour before I can workout, and by that time it's pitch black outside. If I go to the pool at 6pm, it's peak time and I have to compete with 20 wallowers for the single lap lane...

But if I can wake up early and be in my joggers and 50m down the road before my cortex has even realised what I'm doing, things are a whole lot easier. And The pool is quiet at 5:30am (I wonder why?!). It's cool. Work overruns aren't an issue. I get to see the sunrise. There's no traffic on the roads and fewer bogans trying to kill me.

The problem is, I'm not, and have never been, a 'morning person'. So I've had to work hard to make my new good habit 'easy'. I had to start going to bed earlier. Which meant not starting a good movie at 8pm. Or looking at the computer. Or my phone. Or Facebook and getting riled up by another one of those 'Like and share this If your sister poops roses' spam posts cluttering up my wall. I changed my night-time environment.
I bought one of those fancy alarm clocks that switches on a light in the morning as well as twittering like a deranged budgie, because I find it hard to get out of bed when it's dark. And waking up to twittering boidies is a lot more pleasant than my iCrap's claxon. I started to change my morning environment.

If I have a run session, I put all my run gear out. If I'm biking, I check my tyres the night before. I mix my sports drinks and put them in the bottle cages on the bike. The garmin is charged and mounted. If I swim, then my swim gear is packed and in the back of the car. I can, quite literally be out of bed and onto my activity before my conscious mind gets a word of reason in edgeways (remember that true, lifelong habits are subconscious, or automatic. Give your conscious mind a chance to argue the toss and you're onto a loser right there). And I used a bit of science too - my Garmin 920XT, like so many modern 'fit' devices, monitors my sleep patterns, and I found that if I set my alarm for 4:45 instead of 5, I was at a more wakeful point in my sleep cycle, so it was easier for me to wake up then. Just a small, 15 min change.

And it took two years to get to the point where getting up early was reasonably easy or routine for this non-morning person. I struggled and failed a stack of times along the way. I still don't manage it all the time, and like anything, sometimes it's easier to do than other times. It's much easier than it used to be though, and I'll keep working on it - fiddling with small changes to try to make it a tiny bit easier each time.

Easy, isn't it? If you want to do an ironman, just wake up earlier. It's a very small change that has huge consequences. 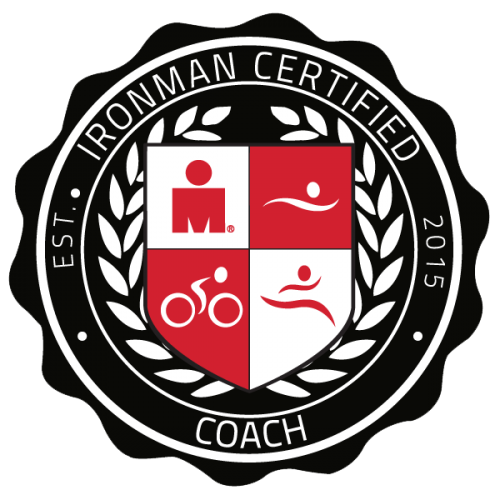